Don Nelson of Rockford, Iowa, originally planted brome in most of his CRP before he learned more about the benefits of diverse habitat in 2013. Looking to get rid of brome and convert some of his CRP to native wildflowers, his site now consists of a diverse array of blooming native species. 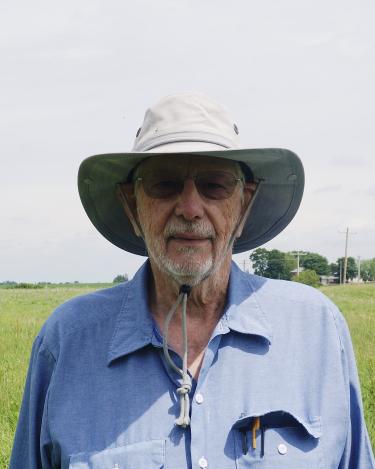 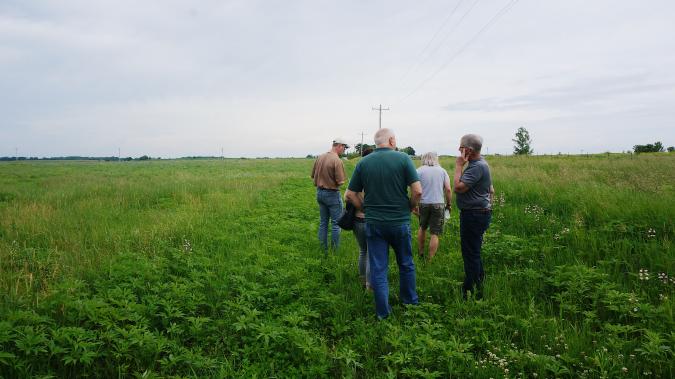 Best practices for habitat management were discussed during the tour such as when to burn and – if necessary – when to spray and how to do so properly. Many CRP plantings for pollinators are 75% flowers and 25% grass. Nelson’s CRP includes a variety of native prairie species such as foxglove beardtongue, prairie spiderwort, golden alexanders, prairie cinquefoil, and many more. Left unchecked, the grass can take over if proper management isn’t carried out strategically and consistently.

Nelson mentioned that he grew up on a neighboring farm. During his youth, the land didn’t encompass such diverse habitat for pollinators. He stated that with the changes in weather, the soil has changed in response and has transformed what actions can be carried out on the land. Therefore, the plot locations for CRP land were selected after seeking out which areas of the field weren’t being fully utilized and then converting them.

“How important is this to the pheasant population?” asked local landowner, Brady Taylor. Borchardt responded that prairie fields provide insect protein to the chicks, but to keep in mind that connectivity between fields is vital to their success. Borchardt also reiterated that although the prairie fields do support the habitat for wild game, they also support a variety of wildlife. He emphasized the importance of pollinators and other insects that play a key niche in the environment.

A debate was brought up between landowners as to which sizes of plots were best for CRP: smaller, less profitable plots or larger fields of land. Borchardt highlighted the benefits of both. In combination, large and small plots dotted across the landscape provide more connectivity between fields so that insects and larger species can find forage easily. 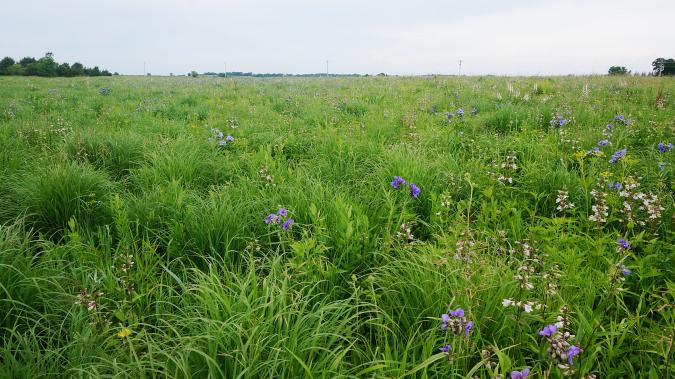