The eastern population of monarch butterflies has declined significantly during the past 20 years. As the figure here illustrates, Iowa is in the heart of the summer breeding range for these monarchs. Habitat restoration that includes planting native milkweed species is critical for monarch conservation. 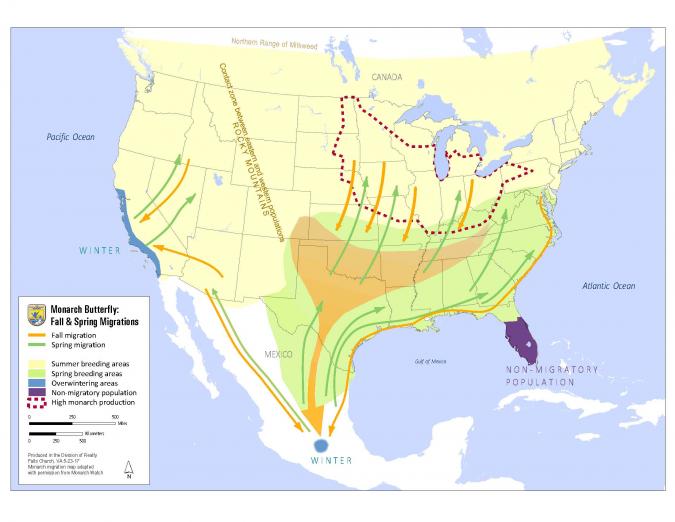 "We examined the development and survival of monarchs from first-instar larval stages to adulthood," says Pocius, graduate research assistant in the Ecology and Evolutionary Biology program at ISU.

The study included the following native species of milkweed:

More information about this study is available in the recent issue of Environmental Entomology.

This work was partially funded by the USDA National Institute of Food and Agriculture, Hatch project number 1009926 (IOW05478) and by the USDA, Natural Resources Conservation Service’s Conservation Innovation Grant program under Agreement Number 69-3A75-16-006. Additional support was provided by Prairie Biotics Inc. and the Iowa Monarch Conservation Consortium.